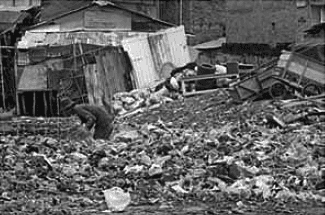 It is also a critical matter of public health, environmental quality, quality of life, and economic development. A city that cannot effectively manage its waste is rarely able to manage more complex services such as health, education or transportation. And no one wants to live in a city surrounded by garbage.

As the world urbanizes, the situation is becoming more acute. More people mean more garbage, especially in fastgrowing cities where the bulk of waste is generated. We estimate that cities currently generate roughly 1.3 billion tonnes of solid waste per year; with current urbanization trends, this figure will grow to 2.2 billion tonnes per year by 2025 – an increase of 70 percent.

Managing waste will also become more expensive. Expenditures that today total $205 billion will grow to $375 billion. The cost impacts will be most severe in low income countries already struggling to meet basic social and infrastructure needs, particularly for their poorest residents.

Because it is such a major issue, waste management also represents a great opportunity for cities. Managed well, solid waste management practices can reduce greenhouse gas emission levels in a city, including short-lived climate pollutants that are far more potent than carbon dioxide. A city’s ability to keep solid waste out of drainage ditches can also influence whether a neighborhood floods after a heavy storm.

No trecho do último parágrafo – A city’s ability to keep solidwaste out of drainage ditches can also influence whether a neighborhood floods after a heavy storm.–, a palavra whetherpode ser substituída, sem alteração de sentido, por