Will we ever… understand why music makes us feel good? 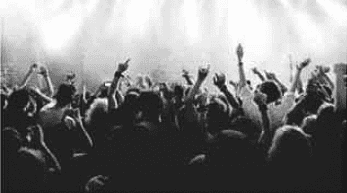 No one knows why music has such a potent effect on our emotions. But thanks to some recent studies we have a few intriguing clues. Why do we like music? Like most good questions, this one works on many levels. We have answers on some levels, but not all.

We like music because it makes us feel good. Why does it make us feel good? In 2001, neuroscientists Anne Blood and Robert Zatorre at McGill University in Montreal provided an answer. Using magnetic resonance imaging they showed that people listening to pleasurable music had activated brain regions called the limbic and paralimbic areas, which are connected to euphoric reward responses, like those we experience from sex, good food and addictive drugs. Those rewards come from a gush of a neurotransmitter called dopamine. As DJ Lee Haslam told us, music is the drug.

But why? It’s easy enough to understand why sex and food are rewarded with a dopamine rush: this makes us want more, and so contributes to our survival and propagation. (Some drugs subvert that survival instinct by stimulating dopamine release on false pretences.) But why would a sequence of sounds with no obvious survival value do the same thing?

The truth is no one knows. However, we now have many clues to why music provokes intense emotions. The current favourite theory among scientists who study the cognition of music – how we process it mentally – dates back to 1956, when the philosopher and composer Leonard Meyer suggested that emotion in music is all about what we expect, and whether or not we get it. Meyer drew on earlier psychological theories of emotion, which proposed that it arises when we’re unable to satisfy some desire. That, as you might imagine, creates frustration or anger – but if we then find what we’re looking for, be it love or a cigarette, the payoff is all the sweeter.

This, Meyer argued, is what music does too. It sets up sonic patterns and regularities that tempt us to make unconscious predictions about what’s coming next. If we’re right, the brain gives itself a little reward – as we’d now see it, a surge of dopamine. The constant dance between expectation and outcome thus enlivens the brain with a pleasurable play of emotions.