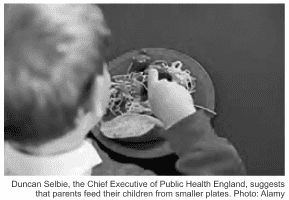 No trecho do segundo parágrafo (ref. 1), “Bad health not only impacts on the individual but also on the rest of the community”, a expressão “not only … but also” indica uma ideia de