Mobile milestones: how your phone became an essential part of your life 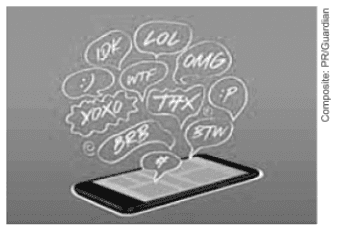 Has any device changed our lives as much, and as quickly, as the mobile phone? There are people today for whom the world of address books, street atlases and phone boxes seems very far away, lost in the mists of time. Following, there are just some of the big milestones from the past 30 years that have made almost everything we do easier, more public and very, very fast.
- The first phones arrive – and become status symbols
Few people got the chance to use the very early mobile phones. The first call was made in New York in 1973, but handsets with a network to use were not available until 1983 in the US, and 1985 in the UK. That first British mobile phone was essentially a heavy briefcase with a receiver attached by a wire. It cost   in today’s prices), and gave you half an hour’s chat on an overnight charge. Making a call was not something you could do subtly, but that wasn’t the point; the first handsets were there to be seen. They sent a message that you were bold and confident with new technology, that you were busy and important enough to need a mobile phone, and were rich enough to buy one.
- Text messages spawn a whole new language
The first mobiles worked with analogue signals and could only make phone calls, but the digital ones that followed in the early 1990s could send SMS messages as well. After the first message was sent on 3 December 1992, texting took off like a rocket, even though it was still a pretty cumbersome procedure. Handsets with predictive text would make things easier, but in the 1990s you could save a lot of time by removing all excess letters from a message, often the vowels, and so txtspk ws brn. Today the average mobile phone sends more than 100 texts per month.
- Phones turn us all into photographers...
There seemed to be no good reason for the first camera phones, which began to appear in 2002, with resolutions of about 0.3 megapixels. They took grainy, blurry pictures on postage stamp-sized screens, and even these filled the phone’s memory in no time. Gradually, though, as the quality improved, the uses followed. As well as the usual photos of friends and family, they were handy for “saving” pieces of paper, and in pubs you could take a picture of the specials board and take it back to your table. Modern camera phones have changed beyond recognition in the past 20 years. The new mobile phones boast the highest resolution dual camera on a smartphone: a 16-megapixel camera and a 20-megapixel camera side-by-side. The dual camera allows users to focus on their subjects, while blurring out the background, producing professional-looking portraits.
- …and we turn ourselves into celebrities
Twenty years ago people would have thought you a little strange if you took flattering photos of yourself and your lifestyle and then distributed them to your friends – let alone to members of the public. If you used printed photographs rather than a smartphone app, they would still think so today. Yet sharing our lives on social media is now the norm, not the exception – and it was the camera phone that made it all possible. Now, some phones come with an enormous 64GB of memory, so you can capture, share and store an almost countless number of videos and pictures – well, certainly enough to keep up with the Kardashians.
(www.theguardian.com, 07.07.2017. Adaptado.)

No trecho do terceiro parágrafo “by removing all excess letters from a message, often the vowels, and so txtspk ws brn”, o termo em destaque indica ideia de